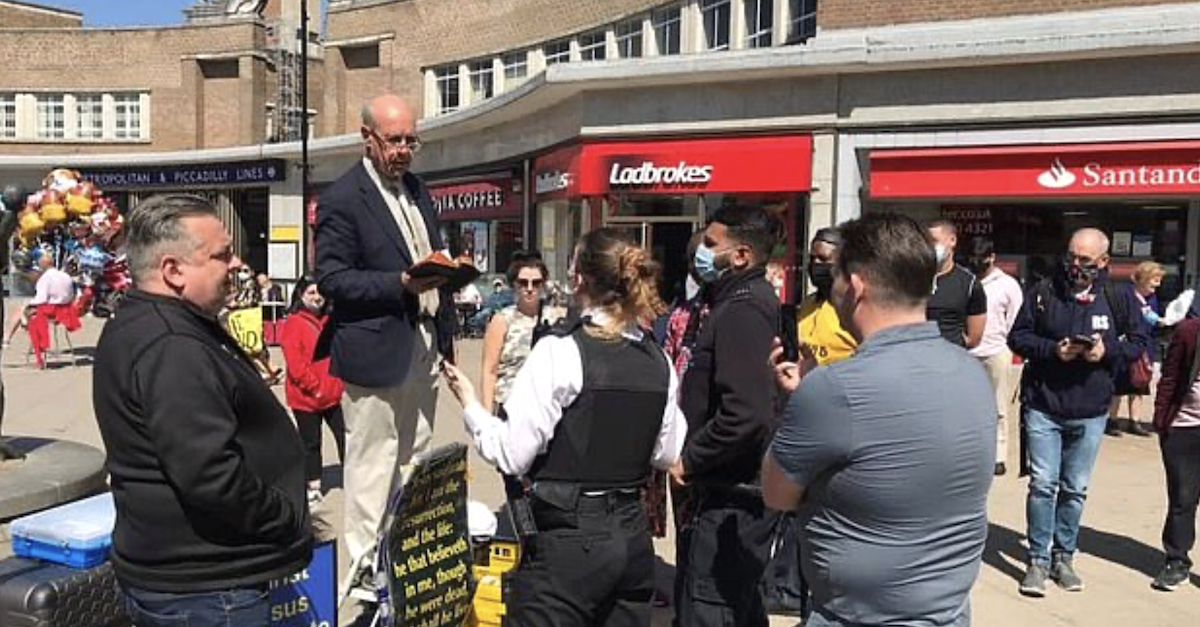 A UK Christian street preacher was arrested by police in northwest London on Friday and spent the night in jail because he proclaimed what the Bible says about marriage on a public street.

Simpson described what happened to Sherwood in an article for the Conservative Woman website on Tuesday. Sherwood, who’s in his early 70s, was preaching to people on the final verses found in Genesis 1 of the Bible’s Old Testament.

“God’s design in creating mankind was to set human beings in families, headed by a father and a mother, not by two fathers or by two mothers,” he said. “The distinction within mankind of just two genders, male and female, made in the image of God, constitutes the essence of God’s created order.” From CBN.