Lawyer For Ashli Babbitt’s Family Says Fatal Shot At Client Was ‘Ambush,’ With No Command To Halt 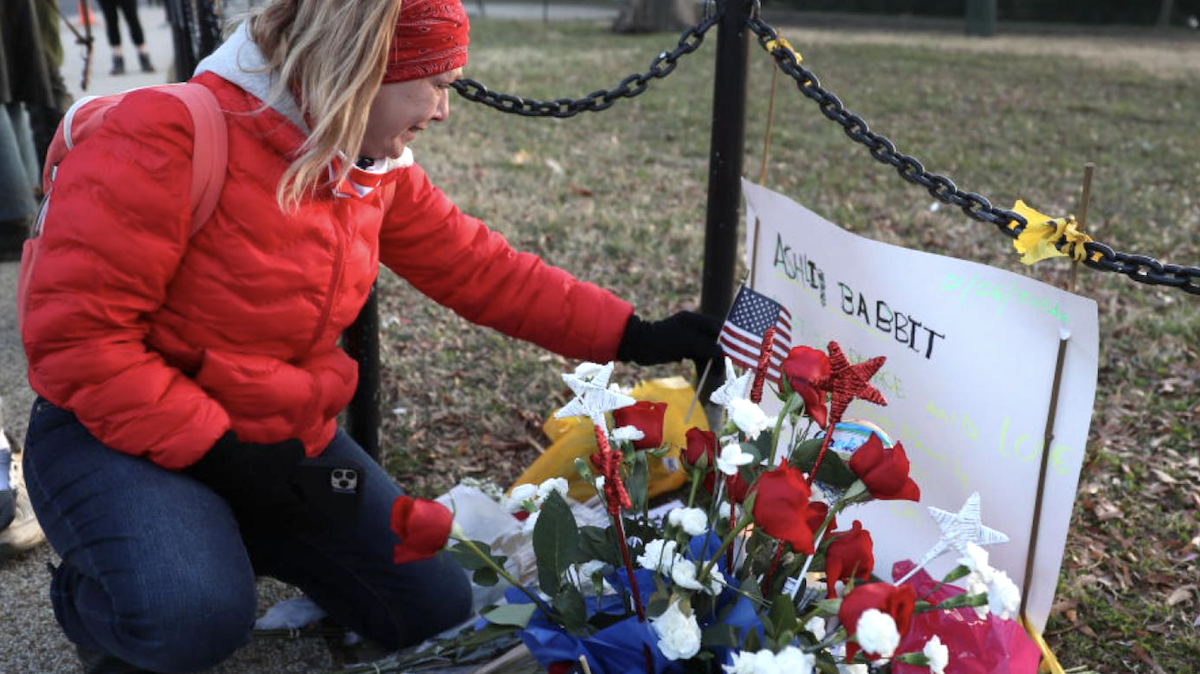 An attorney for the family of Ashli Babbett, a protester killed in the Jan. 6 Capitol riot, says the police officer who fatally shot Babbitt failed to warn her before firing and in fact ambushed her.

The attorney, Terry Roberts, made the allegation in an interview with RealClearInvestigations, and in opposition to the attorney of the alleged officer who shot Babbitt, saying his client issued a clear and loud command.

“It’s not debatable,” Roberts said. “There was no warning. … I would call what he did an ambush.”

The Babbitt family and others are reportedly upset that the first hearing of the Democrat-led House select committee on Jan. 6 didn’t address Babbitt’s death.

The 35-year-old Babbitt was fatally shot as she attempted to climb through a broken window in a barricaded door leading to the restricted Speaker’s Lobby, off the House floor.

The unarmed Babbitt was an Air Force veteran and San Diego native.

Authorities have identified the person who shot Babbitt only as a U.S. Capitol Police officer.

The Justice Department said in April that it would not pursue charges against the unnamed officer because there was insufficient evidence to support a criminal prosecution. Read more from Real America’s Voice.