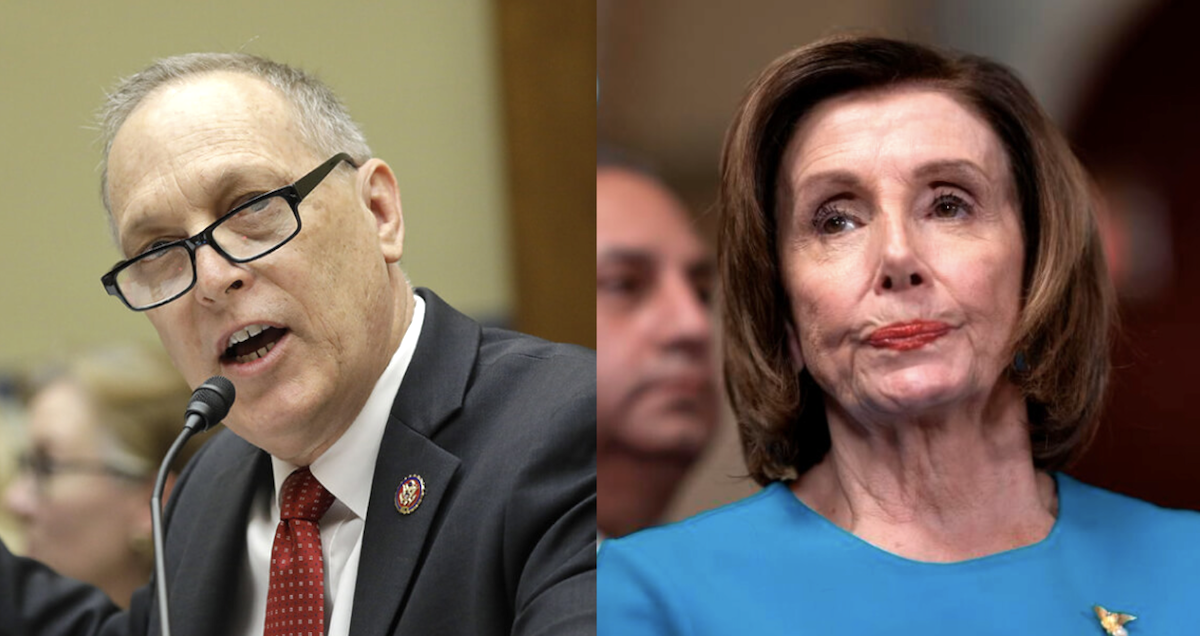 The Republican lawmaker is advocating for his motion to oust the increasingly controversial speaker.

Biggs argued that Pelosi is abusing her position of power.

“We have a process in the House called a motion to vacate the chair, which is how you remove the sitting speaker,” he said. “I hope we have the opportunity to have that vote on the floor of the House of Representatives.”

Nancy Pelosi may be on her “last legs,” writes New York Post columnist Miranda Devine, who has been hammering Pelosi and other key members of Congress in her widely read newspaper column.

The NY Post columnist argues that Pelosi, who often blames former President Donald Trump for sowing political division, is more guilty of “busting norms, dividing Congress and causing mayhem,” adding that “If anyone is to blame for hyper-partisanship in Washington these days, it’s the spiteful House speaker.” Read more from the Conservative Brief.